The main part of the Gunnabuda building was originally built on the island Valderøy in 1916. The name was then "Pebuda", and the building was used for producing salted herings and dried and salted cod - hereafter referred to as clipfish. Fish was bought from the Lofoten islands and Finnmark in the far north, bus the times were difficult. In 1924, the owner tried to sell the building, the it was rented out for a few years befroe the bank took over. Pebuda was also damaged afted a boat ran into the building.

In 1937, Johan Longva bought the building. The foundation was in poor condition, so he decided to take the building down and move it back home to Longva. The building was erected with one additional storey and used for fish processing. Later the building was expanded with more rooms for production of canned foods. Two large fishing boats - "Gunnar Langva" and "Ullasund" - were also part of the business at the time. The name "Gunnabuda" comes from the fact that the building was part of the farm "Gunnagarden" where johan Longva grew up.

The first managing director at Gunnabuda was Karl Longva, who was the oldest brother of Johan Longva - and the one who was meant tgp take over the farm. Johan Longva on the other hand was the captain of Ullasund until he moved to Oslo around 1960. One of the first events in the new building was that Karl Longva celebrated his wedding to Martha Flem here in September 1939.

The company "Klippfisktørk A/S" produced clipfish here for the first years; after that the production of canned foods took over, then with the company name "Longva Preserving A/S". Products were exported to great parts of the world.

On the top floor, rooms were built for guest workers. The workers came during the season - most of them from the island Frøya west of Trondheim. Several workers had to share rooms - if you want to see how they lived, we can give you a guided tour of their quarters!

Around 1960 it was over - the production was terminated, Karl Longva took up a new profession as a teacher when he was over 50 years old, and Gunnabuda was filled up with all kinds of stuff... Arnfinn and Solveig Krogsæter (Solveig is the oldest daughter of Karl Longva) moved to Longva in 1989 - they renovated the building and stated using it again - this time for accommodation & dining. The first event here was in November 1991, as they served rice porridge (!) in the packed boat hall. Today the next generation - their daughter Mette Krogsæter - is in charge of business here. 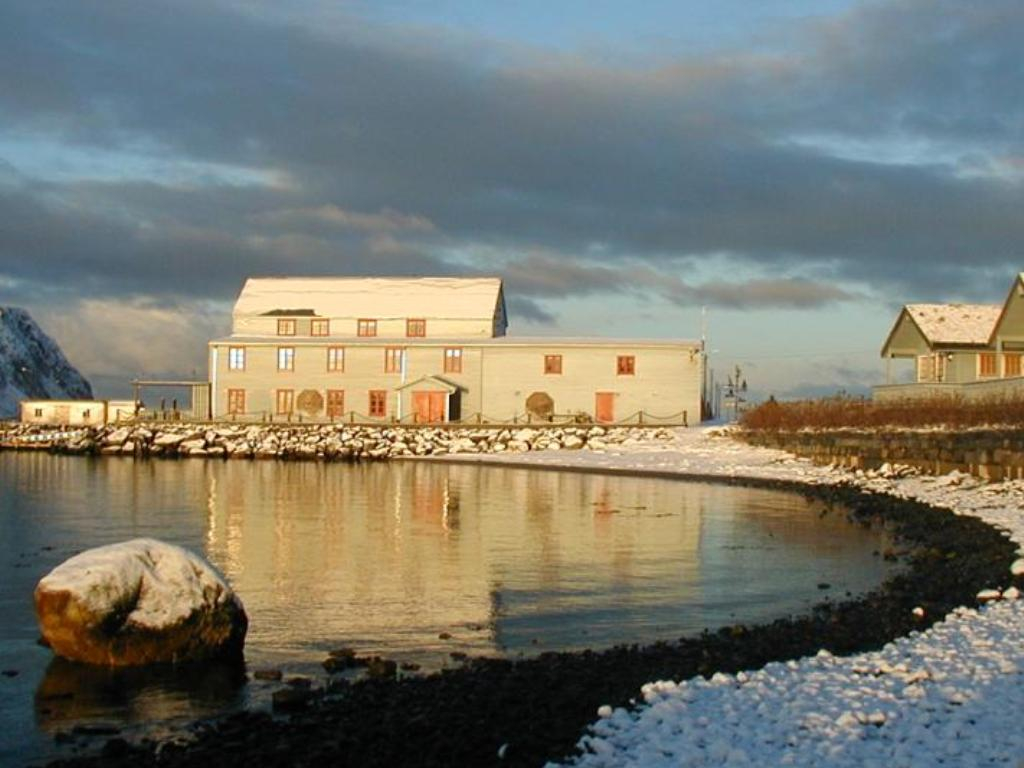